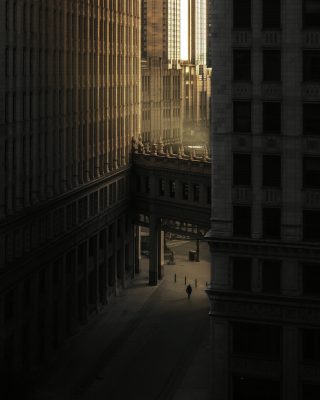 A piece of RUNE.

A reading of one of the second acts from the libretto of my upcoming opera, RUNE. In this, we hear a dialogue between the protagonist and the future inhabitants of London. Throughout the narrative, the two voices themselves become composites of other voices and histories; for this audio paper, I further annotate and intercut this shifting topography with annotations, footnotes and digressions. Its performance is encircled and disrupted by realisations of related musical ‘artefacts’: themes drawn from the opera’s future – its unwritten potential – and quotations from its own compositional history in forbears and models. The panic-inducing, traumatic anxiety of creation is juxtaposed against the incessant mantra of memory and history, and it is hoped the opera becomes a silent, auxiliary object apprehended as though we are seeing it through time.

The opera is based on the hypothesis that, in the moments following the big bang, the universe passed through a subatomic state and that here the arbitrary fluctuations of quantum data imprinted upon it: like a rune. As the universe expanded, this printed, frozen fluctuation became the inconstancies in the emptiness of cold space, which in turn became matter, galaxies, life, thought, language. Through this conceit, it hopes to draw a connection between the relationship between object and process, between quantum mechanisms and their manifestation in spacetime, and between words and their meanings.

On a planet where history is forbidden, a young girl – in an act of personal assertion and creative defiance – dares to tell her story. The consequences of this will reach from the fabric of her society, to the fate of the universe itself. A voyage across galaxies and millennia, hers is a tale of the archipelagos of Khye-rell and their matterwork – the ancient spellsong that bends space to the singer’s will – through trans-dimensional canals and sea-lanes to the RUNE of the universe’s origin, before coming to a reckoning with the ancient, disastrous fate of humanity. As she pieces together the events of her life’s journey, links between these three impossibly separate events begin to emerge: the basic data of the infant universe, our technological hubris in the face of ecological collapse, and her experience of traumatic familial violence – all marked by traces of the RUNE…

This song, her story, through the very act of being told, climatically uncovers how the arbitrary sequencing of language, quantum states and interpersonal relations are fundamentally linked: through our endlessly creative ability to transform their disassociation into generous, open, infinite meanings; from the RUNE’s lifeless inertia to its tracing in voyages, songs, and love.

RUNE is a hymn to the power of these meanings as bridges between people: and a call to their importance in light of the dark and difficult century that lies ahead.

Alastair White is a Scottish composer and writer. Described as “spellbinding” (Boulezian), “beautiful” (730 Review), “virtuosic” (Winnipeg Free Press), “deftly manic” (American Record Guide) and “passionately atonal” (Gramophone), his work is characterised by a lyrical complexity which draws influence from fashion, machines, cosmological descriptions, radical politics and materialist philosophy. Recent projects include the operas WEAR and ROBE (to be released by Métier Records, Winter ’20), and a string quartet for the Altius Quartet’s album Quadrants Vol. 3 (out now on Navona Records). Shortlisted for a Scottish Award for New Music twice (in 2019 and 2020) and a Creative Edinburgh Award (2019), his music has been supported by Help Musicians UK, the Hinrichsen Foundation, the Goldsmiths Graduate Fund and Music Research Committee. He is currently undertaking a PhD at Goldsmiths, University of London with Roger Redgate and Lauren Redhead.