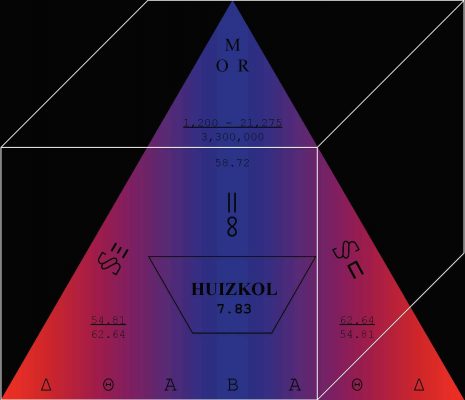 Huizkol, premiered at Chicago’s Lampo series in February 2020, is an opportunity to engage with our own skepticism and belief in the effects of sound on the body. This audio paper is designed for a walk to and from a location 24.5 minutes from the starting point. The practice of “brainwave entrainment” supposes that exposure to binaural beats of varying speeds can stimulate different types of brain activity. In 49 minutes, Huizkol begins at a resting state and elevates the speed of binaural beats to a highly stimulated rate before returning the listener’s mind to a state of deep rest in the end.

By choosing a location 24.5 minutes away from the starting point, a participant can engage with the possibility of an energetic climax, making possible a relatively deeper state of relaxation after that stimulus. By engaging with an alternative practice such as brainwave entrainment, participants can contemplate the power of suggestion, the nexus of mind-sensation-body, as well as their own pleasure or discomfort in the possibility that sound might be able to affect the mind in such profound ways.